MEEP's logo design is based on the road runner, a bird representing speed and efficiency. It emerges from sea waves symbolizing MareNostrum, the name given to the Mediterranean Sea around 100AD by the Roman Empire which conquered all landmasses surrounding Mare Nostrum ("Our Sea" in English). The two waves collide into each other to form the M of MEEP and at the same time, they also represent the bird's wings.

MEEP is located in Barcelona, a city well known for its architectural history and artists, such as Antoni Gaudí, who is famous for the usage of ceramic pieces to form large mosaics. The trencadís completes the style of MEEP's logo.

In terms of coloring, blue has been used as the main color, which is associated with the Mediterranean Sea, technology and innovation. The complementary yellow color associated with the sun and its vitality is linked to efficiency and excellency. Moreover, purple is used as a complementary color to represent the deep sea, creating an analogy for the complexity of an experimental project. 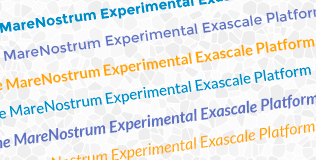 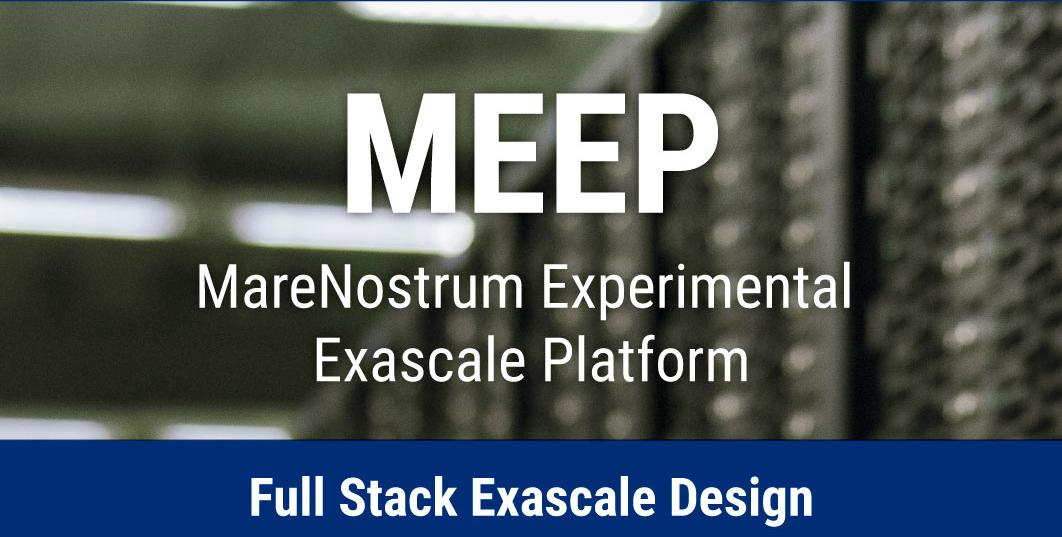 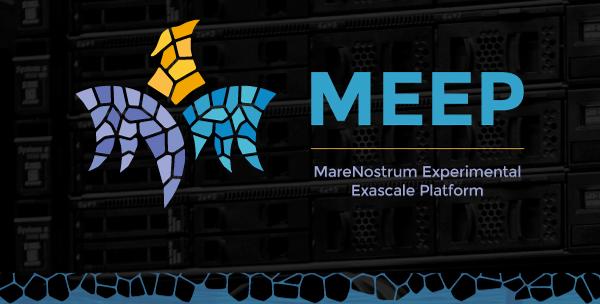 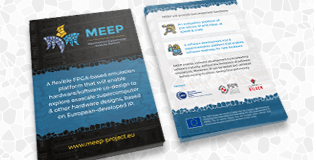